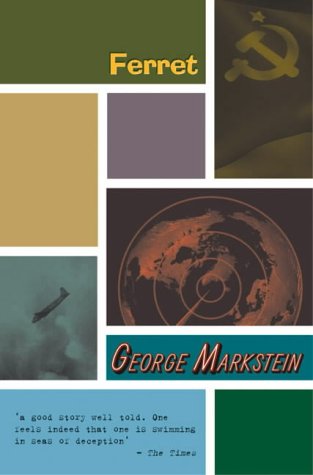 Spy-plane pilots, Soviet and American alike, live with the same chilling knowledge. Should they ever be shot down or captured, they will instantly be disowned and said never to have existed. And if captured, they will never be returned - simply left to grow old in a deserted enemy camp. But if one should escape, the enemy will hunt him down until killed or recaptured leaving no trace whatsoever. And anyone let in on the deadly secret must also be eliminated. So when a country doctor picks up a dishevelled stranger with a Russian accent on a lonely village lane, he has no idea of the chilling and terrifying chase he has unwittingly started. "REVIEW: 'a good story well told. One feels indeed that one is swimming in seas of deception' (The Times) AUTHBIO: With his background both as a military correspondent during the Cold War and as a crime reporter in Fleet Street, George Markstein was perfectly placed to write spy thrillers. His first book, The Cooler, sold over two hundred thousand copies and all his subsequent books were extremely popular and well received. On one occasion he departed from espionage fiction to write a historical novel, Tara Kane.