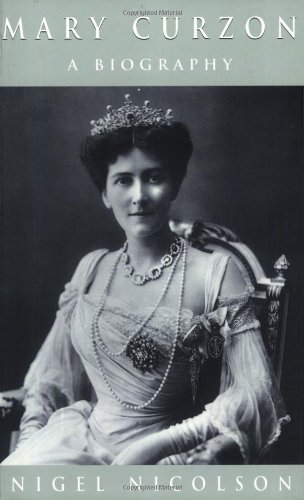 In 1870 Mary Leiter was born in the suburbs of Chicago, the daughter of a self-made man. Although she died aged only thirty-six, she became the most famous American woman of her times. As the wife of Lord Curzon, and Vicereine of India when British power was greatest, she occupied with incomparable grace, courage and distinction the most splendid position which any American, man or woman, has ever held in the British Empire.

Nigel Nicolson is the son of the politician, diarist and biographer Harold Nicolson, and the poet and writer Vita Sackville-West who restored Sissinghurst Castle in Kent, now a property of the National Trust. The family were close friends with Virginia and Leonard Woolf. Nicolson was the co-founder of Weidenfeld & Nicolson, was a Conservative MP in the 1950s and is the author of fifteen previous books.