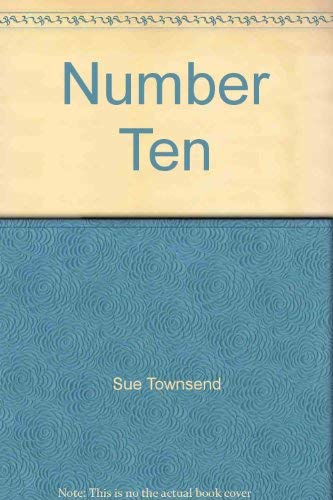 “It’s a good thing British subjects are no longer beheaded for treason, or Sue Townsend’s head would roll . . . outrageously cutting.”—Newsday

Edward Clare, PM of England, doesn’t know the price of a liter of milk. Worse, he’s admitted it on national television. The public that ushered him to a landslide election has turned against him.

Edward decides the only way to get closer to the men and women on the street is to travel the country dressed in drag. Leaving his high-powered, ambitious wife to attend to things in his absence, he sets out.

In this comic romp Sue Townsend sends up, roasts, hoists and generally petards the once and future prime ministers as only she can.

Sue Townsend is celebrated as the author of the bestselling

Adrian Mole series, read by millions, as well as the #1 British bestseller, The Queen and I. She lives in Leicester, England.
From the Trade Paperback edition.

Sue Townsend was born in Leicester in 1946. Despite not learning to read until the age of eight, leaving school at fifteen with no qualifications and having three children by the time she was in her mid-twenties, she always found time to read widely. She also wrote secretly for twenty years. After joining a writers' group at The Phoenix Theatre, Leicester, she won a Thames Television award for her first play, Womberang, and became a professional playwright and novelist. After the publication of The Secret Diary of Adrian Mole Aged 133/4, Sue continued to make the nation laugh and prick its conscience. She wrote seven further volumes of Adrian's diaries and five other popular novels - including The Queen and I, Number Ten and The Woman Who Went to Bed for a Year - and numerous well received plays. Sue passed away in 2014 at the age of sixty-eight. She remains widely regarded as Britain's favourite comic writer.