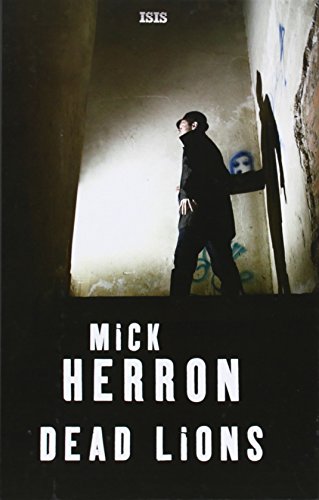 London's Slough House is where disgraced MI5 spies go to while away what's left of their washed-up careers. Now they have a chance at redemption. An old Cold War-era spy is found dead on a bus outside Oxford, far from his usual haunts. Slough House's head honcho, the despicable, irascible Jackson Lamb is convinced Dickie Bow was murdered. As the agents dig into the circumstances, they uncover a shadowy tangle of ancient Cold War secrets that seem to lead back to a man named Alexander Popov, who is either a Soviet bogeyman or the most dangerous man in the world. How many more people will have to die to keep those secrets buried?

The finest new crime series this Millennium (Mail on Sunday)

Herron may be the most literate, and slyest, thriller writer in English today (Publishers Weekly)

Delightful ... with a dry humour reminiscent of Greene and Waugh (Sunday Times)

Book Description Condition: Good. Ships from the UK. Former library book; may include library markings. Used book that is in clean, average condition without any missing pages. Seller Inventory # 18966876-20