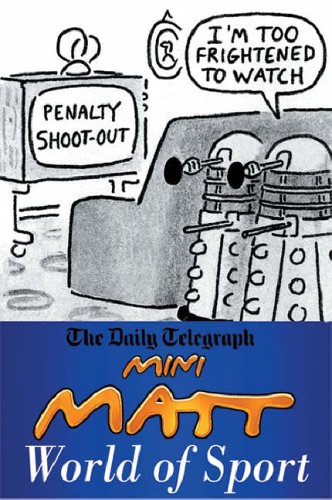 'The funniest, the most consistent and quite simply the best' UK Press Awards

From World Cup traumas and triumphs to rain and Wimbledon and the fortunes of English cricket, Matt's cartoons hit the spot every time. Brilliantly funny and always topical, he is the very best of the daily cartoonists.

This themed collection offers the very best of Matt on Sport - a must for newcomers and addicts alike.

The highs and lows of the world of sport - as seen through the eyes of award-winning cartoonist MATT.