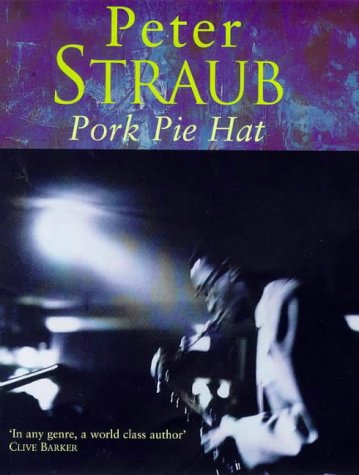 Passionate about jazz, the narrator dicovers that one of his greatest heroes, a saxophonist by the name of Pork Pie Hat, is still alive and playing at a club he frequents. Granted an interview by the Hat, the narrator gets a night of extraordinary stories from a man dying of alcoholism.

"Sometimes people just disappeared. They'd be gone. All kinds of stuff used to happen, stuff you wouldn't even believe in now."

The jazz legend known as Pork Pie Hat has never told anyone about the horrible event he witnessed as a child in the forbidden woods known as The Backs, even though the events of that Halloween night have haunted him ever since. But Hat is sick now, nearing the end of a long slide through the depths of alcoholism and depression, and the time has come for the truth to be known about what he saw... and what he did.

Peter Straub is the New York Times bestselling author of more than a dozen novels, most recently of A DARK MATTER. LOST BOY LOST GIRL l and IN THE NIGHT ROOM are winners of the Bram Stoker Award. He lives in New York City.