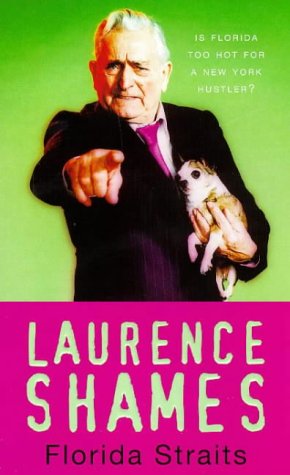 Joey Goldman is looking to make a killing away from the mean streets of New York City, so he decides to head south for the sun and a golden opportunity to make his mark. But breaking into the big time isn't just a matter of breaking new territory, and then Joey's brother Gino turns up.

Laurence Shames was born in New Jersey and started out as a crime reporter. He then moved to the vibrant home of crime in a hot climate, Miami and became a reporter there. He now writes novels full time in between travelling around America in search of tennis and angling.

's flying south for the winter. The  second-string New York wiseguy just packed up his  faithful girlfriend Sandra and took off for Key  West -- land of sun, surf and sleaze -- where a  small-time hustler in search of a racket can score the  big one. If he can find it. Enter Joey's half  brother Gino. On the lam from the mob after one of  the most royally screwed-up jewel heists in Florida  history, Gino's a man in need of a fall guy.  Which is where Joey comes in . .  .
Suddenly, everyone's after Joey -- including the  ruthless Miami don who wants his three million worth  of uncut emeralds and who just dispatched his goons  to deliver Joey a one-way ticket -- out. Now  Joey's where he always wanted to be -- in the big time.  All he has to do is find out where the stones are  stashed. And for an unikely hero out to ma

Book Description Paperback. Condition: Very Good. The book has been read, but is in excellent condition. Pages are intact and not marred by notes or highlighting. The spine remains undamaged. Seller Inventory # GOR001297597

Book Description Paperback. Condition: Good. The book has been read but remains in clean condition. All pages are intact and the cover is intact. Some minor wear to the spine. Seller Inventory # GOR003999630