Items related to Fighting Men of the North: A History

Wharton Fighting Men of the North: A History

Fighting Men of the North: A History 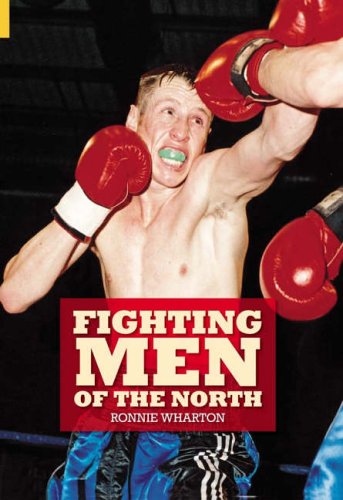 The North East of England has been witness to some of the finest fighting men in the world. Featured here are 22 of the greatest, over the past 100 years, with full biographies and career statistics.

The North East of England has been witness to some of the finest fighting men in the world. Featured here are 22 of the greatest, over the past 100 years, with full biographies and career statistics. It is a story that starts with the North's first glove champions Will Curley, George Chrisp and Jack Palmer and the historic ring battles of the early 1900's which saw touring Americans like Philadelphia Jack O.Brien, the 'Coloured Champion' Denver Ed Martin and the 'Harlem Coffee Cooler' Frank S. Craing at Newcastle's legendary venue Ginnetts Circus and Gateshead's Strand Theatre. The years leading up to the First World War saw the great characters North Shields' Spike Robson and Middlesbrough's Johnny Summers, two of England's finest ringmen and great rivals themselves, make their names in America and Australia challenging the Worlds best. During the hungry thirties when boxing venues in the North-east were as plentiful as picture houses and fighters were donning the gloves around once a week the likes of Benny Sharkey, Jack 'Cast Iron' Casey and Seaman Tommy Watson fought for the World title in America putting the Newcastle and Sunderland on the international boxing map.

Hartlepool's turn came just after the Second World War when Jack London and Teddy Gardner, both in the twilight of their careers, became British champions. After a lean period in the sixties when Maurice Cullen was the area's finest, the Feeney brothers John and George restored Hartlepool's glory in the eighties. The North-east boasted its own World champion in the nineties. Sunderland's Billy Hardy was unlucky not to be the first boxer who would bring a World title to the Tyne and Wear. The North didn't have to wait long and the good looking guy from the Annfield Plain, Glen McGrory saw a chance at the new cruiser division and became an overnight legend. The story continues with present day fighters Middlesbrough middleweight Cornelius Carr a challenger for World honours, and Hartlepool's new and exciting British champion Michael Hunter. About the Author:

Ronnie Wharton lives in Bradford and has been a collector of scrap books and memorabilia since the early fifties radio boxing nights. He has written a successful series of newspaper articles on the history of the sport published in the late seventies and early eighties. This is Ronnie's 4th book on the sport, and first with Tempus.

1. Fighting Men of the North

2. Fighting Men of the North: A History

3. FIGHTING MEN OF THE NORTH