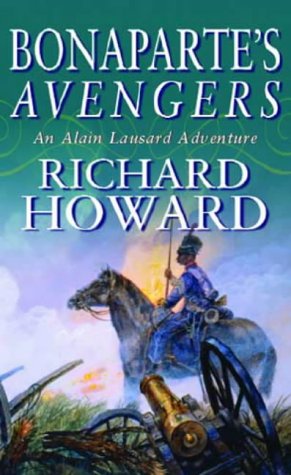 With the forces of Austria and Russia destroyed a year earlier, Napoleon Bonaparte begins a campaign against Prussia and her powerful armies. But, for Bonaparte, this is not merely a war of conquest, it is one of revenge. In 1757, Frederick the Great's Prussian army had annihilated the French at the Battle of Rossback and Bonaparte wants vengeance for his country as well as extending his powerbase in Europe. During the summer of 1806, Alain Lausard and his men again find themselves at the forefront of the campaign but they have their own problems to contend with. A ruthless officer, determined to acquire France's most prestigious military decoration, the Legion d'honneur, is given command of Lausard's regiment. They hate each other on sight and their private feud is carried out against the greater absurdity that is war. The French gain crushing victories against Prussia at Jena and Auerstadt but Lausard and his men are constantly endangered by the fanatical officers quest for his elusive medal. A quest that ultimately threatens all their lives...

* In the tradition of Bernard Cornwell's bestselling Sharpe Series.
* The fifth novel in this powerful and vivid account of the Napoleonic campaigns - impeccably researched.

Richard Howard is the pseudonym of a bestselling author.