Items related to Born in Death: 23 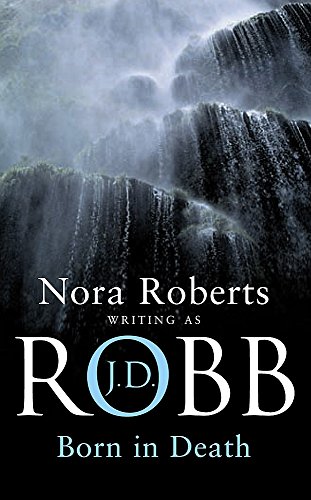 Eve Dallas has a grisly double homicide to solve when two young lovers - both employees of the same prestigious accounting firm - are brutally killed on the same night. It doesn't leave Eve a lot of leftover time to put together a baby shower for her best-friend Mavis, but that's supposedly what friends are for. Now Mavis needs another favour. Tandy Willowby, one of the mothers-to-be in Mavis's birthing class, didn't show up for the shower. Having only recently arrived from London, Tandy has few friends in New York, and no family - and she was really looking forward to the party. And when Eve enters Tandy's apartment and finds a gift for Mavis wrapped and ready on the table - and a packed bag for the hospital still on the floor next to it she realises something is wrong. Normally, such a case would be turned over to Missing Persons. But Mavis asks for Eve's - and she can't say no. She'll have to track Tandy down while simultaneously investigating the deals and double-crosses hidden in the files of some of the city's richest and most secretive citizens, in a race against this particularly vicious killer.

The new and reissued J. D. Robb classic from the 'In Death' series, in which Eve must face her fears and save a young, pregnant woman caught in a terrible trail of deception.

Book Description Paperback. Condition: Used; Good. Dispatched, from the UK, within 48 hours of ordering. This book is in good condition but will show signs of previous ownership. Please expect some creasing to the spine and/or minor damage to the cover. Seller Inventory # CHL982189

Book Description Paperback. Condition: GOOD. Spine creases, wear to binding and pages from reading. May contain limited notes, underlining or highlighting that does affect the text. Possible ex library copy, will have the markings and stickers associated from the library. Accessories such as CD, codes, toys, may not be included. Seller Inventory # 3438438104

Book Description Paperback. Condition: Very Good. The book has been read, but is in excellent condition. Pages are intact and not marred by notes or highlighting. The spine remains undamaged. Seller Inventory # GOR001270462

Born in Death. (in Death Series)

Book Description Condition: Very Good. This book is in very good condition and will be shipped within 24 hours of ordering. The cover may have some limited signs of wear but the pages are clean, intact and the spine remains undamaged. This book has clearly been well maintained and looked after thus far. Money back guarantee if you are not satisfied. See all our books here, order more than 1 book and get discounted shipping. . Seller Inventory # 7719-9780749937157

Book Description Condition: Very Good. Shipped within 24 hours from our UK warehouse. Clean, undamaged book with no damage to pages and minimal wear to the cover. Spine still tight, in very good condition. Remember if you are not happy, you are covered by our 100% money back guarantee. Seller Inventory # 6545-9780749937157

Book Description Paperback. Condition: Good. A tan to the page edges/pages . Minor shelf wear Good condition is defined as: a copy that has been read but remains in clean condition. All of the pages are intact and the cover is intact and the spine may show signs of wear. The book may have minor markings which are not specifically mentioned. Most items will be dispatched the same or the next working day. Seller Inventory # wbb0019144101

Born In Death: Number 23 in series

Book Description Paperback. Condition: Used; Good. **Simply Brit** Shipped with Premium postal service within 24 hours from the UK with impressive delivery time. We have dispatched from our book depository; items of good condition to over ten million satisfied customers worldwide. We are committed to providing you with reliable and efficient service at all times. Seller Inventory # 1030365