Items related to Early One Morning 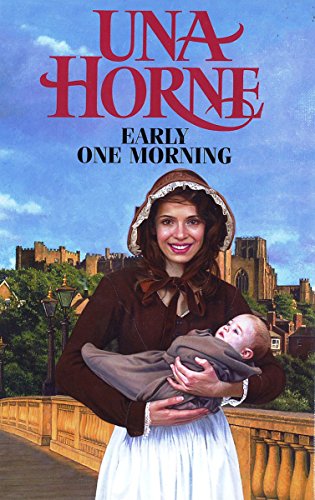 After the birth of their son, Tom, Eliza naively hopes her husband Jack will put his gambling habit behind him and become more responsible. But after he loses their home and abandons her, Eliza has no choice but to return to her parents house, carrying only little Tom, and a bundle of baby clothes; the only things she could pick up before the bailiffs took everything else. She quickly gets work at the local mine, but inadvertently attracts the attention of the ruthless mine owner Jonathan Moore. She spurns his advances on several occasions, but he remains persistent, warning Eliza that she should not make an enemy of him. However, when Jack unexpectedly returns, she thinks only of him. Despite his past behaviour, she is overjoyed to have him back. Blinded by her love for him, she believes his assurances about their future and his changed ways. She goes back with Jack, and forgets all about Jonathan. But all too soon Eliza comes to fully understand the seriousness of Jack's addiction when he uses her as a stake in a bet with none other than Jonath Moore himself

Una Horne lives in Saltburn by the Sea in Cleveland. Trained as a nurse, she gave up her career to raise her family but began writing when her two children were grown up. Her wonderful regional sagas set in the North-East have won her a faithful following.