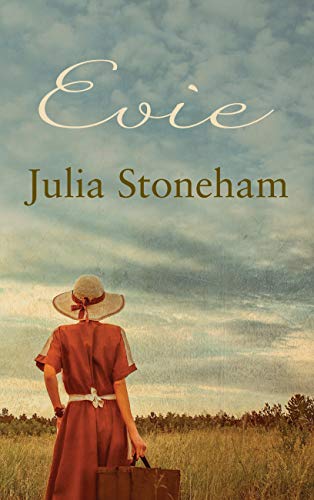 Love, loss and the tragedy of war December, 1944. Eighteen-year-old Evie arrives at Post Stone Farm: the winter cold and wartime rationing casts a shadow on the small community, but none as dark as her past. Joining the Land Army, she longs for quiet days spent milking cows and collecting eggs, and it is during her time at the farm that she falls in love with Italian POW Giorgio. When a startling revelation thrusts Evie into the spotlight, the full history of her tragic life becomes known to the locals and many of them become deeply involved in overcoming the obstacles which lie between Evie and the happiness she deserves.

Julia's superb Land Girls series continues with this terrific yarn about Evie. Faultless writing, memorable characters and a story that's as old as the hills, but with Julia's unique style and lightness of touch. Sparkling, meaningful dialogue lifts this above the realms of romantic fiction - there's a real story to be told in this book, and Julia handles it superbly. Books Monthly

Julia Stoneham was a regular writer on The House of Elliott and her radio series The Cinderella Service (which inspired Muddy Boots and Silk Stockings) was nominated for a Sony Award. Julia lives in Totnes.