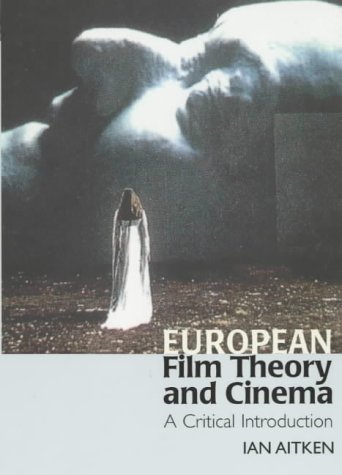 European Film Theory and Cinema: A Critical Introduction explores the major film theories and cinema movements within European cinema from the 1900s onwards. The content of the book is organised around two major traditions which dominate European film theory and cinema: the 'intuitionist modernist and realist' tradition and the 'post-Saussurian' tradition. The first of these is located within a philosophical lineage which encompasses German idealist philosophy, romanticism, phenomenology, and the Frankfurt School. Early intuitionist modernist film culture and later theories and practices of cinematic realism are shown to be part of one continuous tradition. The post-Saussurian tradition includes semiotics, structuralism and post-structuralism. The first three chapters explore the interaction between intuitionist and rationalist tendencies within Russian formalism, Soviet montage cinema, Weimar cinematic modernism and the work of Eisenstein, whilst chapter four focuses on French impressionism. Chapters five and six provide an overview of the post-Saussurian tradition, and the structuralist, post-structuralist, political modernist and postmodern cinema which the tradition has fostered. Chapter seven traces the continuities which exist between early modernism and realism, focusing on the theories of realism developed by Grierson, Kracauer, Bazin and Lukacs. The last two chapters explore post-war European realist cinema. Throughout, the book focuses on films which can be identified with the two traditions. This original and critically astute introduction is intended for students and scholars of film studies, cultural studies, philosophy of film and modern languages and literatures. Key features: * Case studies of important theorists and film movements * Chapters which provide comparative overviews of periods of European modernist and realist cinema * Extensive bibliographical information * Establishes the central thematic concerns and stylistic traits underlying the major European film theories and movements

Ian Aitken is Professor, Department of Cinema and TV, Hong Kong Baptist University. He is the author of Film and Reform: John Grierson and the British Documentary Film Movement (Routledge, 1990, 1992), The Documentary Film Movement: An Anthology (Edinburgh University Press, 1998) and The Cinema of Alberto Cavalcanti: Realism, Surrealism and National Cinemas (Flicks Books, 2000).