Items related to Futebol: The Brazilian Way of Life

Futebol: The Brazilian Way of Life 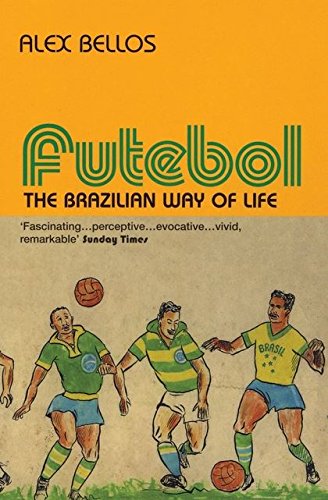 The Brazilian football team is one of the modern wonders of the world. At its best it exudes a skill, flamboyance and romantic pull like nothing else on earth. Football is how the world sees Brazil and how Brazilians see themselves. The game symbolises racial harmony, flamboyance, youth, innovation and skill, and yet football is also a microcosm of Latin America's largest country and contains all of its contradictions. Travelling extensively from the Uruguayan border to the northeastern backlands, from the coastal cities of Rio de Janeiro and Sao Paulo to the Amazon jungle -Bellos shows how Brazil changed football and how football shaped Brazil. He tells the stories behind the great players, like Pele and Garrincha, between the great teams, like Corinthians and Vasco de Gama, and the great matches, as well as extraordinary stories from people and pitches all over this vast country. With an unerring eye for a good story and a marvellous ear for the voices of the people he meets, Alex Bellos describes the startling range of football spinoffs found in Brazil; from Autoball, literally football with cars and a giant leather ball to Ecoball, played in the heart of the rainforest, from Button football and its highly regulated procedures organised by fearsome Buttonistas to the truly alarming Footbull (yes with bulls).

'A captivating page-turner ... it brims with beguiling discoveries' -- Daily Telegraph

'Hugely enjoyable account of a nation obsessed ... riveting stories behind the great players such as Pele, Garrincha and Ronaldo' -- The Times

'Magnificent ... Bellos has managed to perfectly capture the chaos and corruption and the romance and obsession' -- FourFourTwo

1. Futebol: The Brazilian Way of Life

2. Futebol: The Brazilian Way of Life

3. Futebol : The Brazillian Way of Life