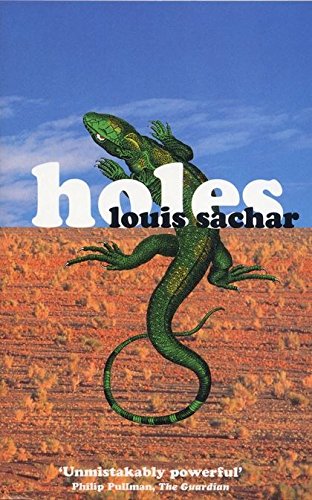 Stanley Yelnats' family has a history of bad luck going back generations, so he is not too surprised when a miscarriage of justice sends him to Camp Green Lake Juvenile Detention Centre. Nor is he very surprised when he is told that his daily labour at the camp is to dig a hole, five foot wide by five foot deep, and report anything that he finds in that hole. The warden claims that it is character building, but this is a lie and Stanley must dig up the truth. In this wonderfully inventive, compelling novel that is both serious and funny, Louis Sachar has created a masterpiece that will leave all readers amazed and delighted by the author's narrative flair and brilliantly handled plot.

'A miracle of a book - a fast, involving read that conceals an incredibly clever structure packed with surprises' -- TBK magazine, Spring 2009, Issue 24

`A truly life-affecting read, I get everyone I know to read it'
-- Waterstone's Guide to Kid's Books, February 2009