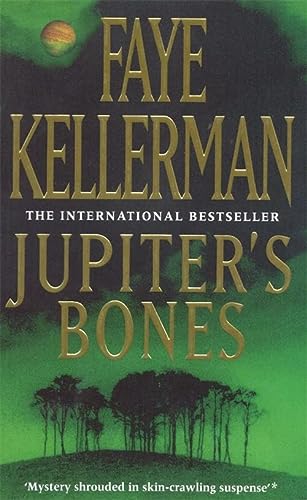 In his eleventh mystery, Pete Decker fears that the death of a guru could precipitate deadly danger for the innocent children of the cult-like community he founded

Faye Kellerman's 11th Peter Decker/Rina Lazarus mystery takes police lieutenant Decker into the enclave of a Heaven's Gate-style pseudoscientific religious cult, the Order of the Rings of God. The cult's leader, a former world-class physicist who styles himself Jupiter, has died of an un-godlike combination of liquor and prescription drugs, but whether it was accident, suicide, or murder is suspiciously murky. The death is mysteriously reported by Jupiter's estranged daughter Europa, a scientist who has nothing to do with the cult, and when the police arrive on the scene they find that Jupiter's followers, particularly his four unpleasantly ambitious personal attendants, range from uncooperative to downright hostile. Decker's suspicions kick into high gear when two other cult members go missing and another body turns up--but with the tense situation threatening to unravel as explosively as Jonestown or Waco, it's Marge, Decker's professional sidekick, who penetrates the cult's inner sanctum and effects a scary 11th-hour rescue.

A mistress of the genre... Kellerman tells a good scary tale with just enough reality , humour, and accuracy to keep you turning the pages (Irish News)

Book Description 2000. Paperback. Condition: New. Paperback. Emil Ganz was always extraordinary. Child genius. Prize-winning astrophysicist. And then, aged 40, missing person. A decade later he re-emerges as Jupiter, guru of an apocalyptic new ag.Shipping may be from multiple locations in the US or from the UK, depending on stock availability. 512 pages. 0.321. Seller Inventory # 9780747259220