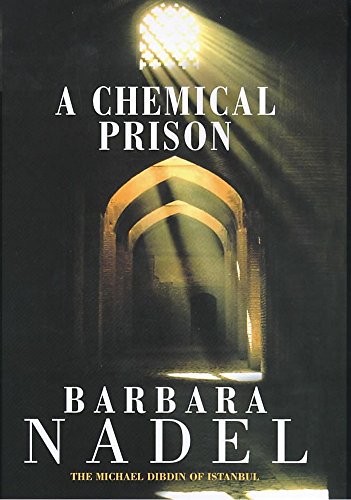 Inspector Çetin Ikmen and forensic pathologist Arto Sarkissian have been friends since childhood and their work together in Istanbul's criminal justice system has only served to cement their friendship. When they're both called to a flat to investigate the death of a twenty-year-old there is no reason to think their relationship will alter. The case, however, is a strange one. Ikmen learns from the neighbours that they have never seen the boy enter or leave the flat. The only visitor they're aware of is a solitary, well-dressed Armenian. Stranger still is that the limbs of the body are atrophied, and the man seems to have been kept prisoner inside this gilded cage. But why? And for how long? And what is it, wonders Çetin Ikmen, that's making his old friend Arto, himself an Armenian, so uncomfortable about the case?

My crime reader is raving about this author, and says this second title is better than her first, BELSHAZZAR'S DAUGHTER. They have an atmospheric Turkish setting, with an excellently drawn investigating officer. Good one and worth watching (Sarah Broadhurst, BOOKSELLER)

Even better than Nadel's extraordinary first book...tightly organised...the dark, Byzantine plot springs organically from the tensions of race and class in Turkish society, which is treated with a depth and detail unusual in a crime novel (Evening Standard)

'BELSHAZZAR'S DAUGHTER is an unusual and very well written first novel. Although the murder mystery is intriguing, it is the characters who makes this book successful. The police team and their little feuds, the English teacher besotted with his mysterious Turkish girlfriend and, most memorably, the chain-smoking little Inspector Ikmen, with his eight children and pregnant wife, contribute to this portrait of an exotically different city' Sunday Telegraph

`A thriller that presents a Middle Eastern city populated by human beings, rather than specimens of oriental exotica, and a British writer who can get inside a foreign skin' (Independent)

A brainteasing, thought-provoking tale from a first-rate author (Good Housekeeping)

The triumphantly accomplished second novel from the author of BELSHAZZAR'S DAUGHTER, one of the most highly praised debuts of 1999, which will appeal directly to the Michael Dibdin and Donna Leon market