Items related to Intelligence in an Insecure World: Surveillance, Spies...

Intelligence in an Insecure World: Surveillance, Spies and Snouts 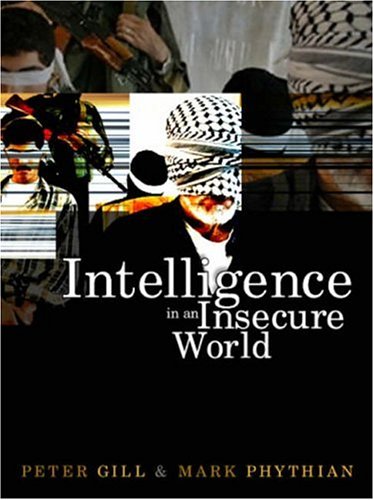 The role of intelligence in the contemporary world is ubiquitous: individuals, groups and organizations as well as states seek information in order to increase their sense of security. The events of 9/11 and subsequent ′war on terror′ have made intelligence more central to the study of government and international affairs than at any time previously, reviving old debates and generating new ones.

But what exactly is intelligence? Who seeks to develop it and how? What happens to the intelligence that is produced? This timely new book explores these and other key questions. Concentrating on the role of states and organizations, and using the post–9/11 security agenda as its key focus, it offers an authoritative and accessible guide to the relationship between intelligence and processes of public and private governance.
Drawing on a range of contemporary examples, the book examines the limits of intelligence and asks whether the 9/11 attacks, the bombings in London and the failure to find weapons of mass destruction in Iraq may be seen as intelligence ′failures′? It concludes by discussing the need for democratic control of intelligence to prevent its future abuse by unaccountable state or corporate agencies.

"Gill and Phythian describe Intelligence in an Insecure World as an ′informative and relevant introduction′ but it is much more than this. They have produced a unique study of the state of the intelligence world, ranging widely over the whole system, using a remarkable range of sources and maintaining a level of critical analysis that is as impressive as it is unusual. This is an important and timely book that has a particular value in the manner in which it addresses the many issues concerning the conduct of intelligence in the post 9/11 era."
Paul Rogers, University of Bradford

"Peter Gill and Mark Phythian have combined their considerable scholarly talents and expertise. The result is surely one of the best books published on intelligence since the tragic failures of the secret services associated with the 9/11 attacks and the incorrect assessments about unconventional weapons in Iraq. No one interested in understanding what went wrong and what we can do to avoid future intelligence disasters will want to miss this persuasively argued new book."
Loch K. Johnson, University of Georgia

Peter Gill is Professor of Politics and Security at Liverpool John Moores University.


Mark Pythian is Professor of International Security at the University of Wolverhampton.

1. Intelligence in an Insecure World

2. Intelligence in an Insecure World