Items related to Reaping the Whirlwind: Afghanistan, Al Qa'ida and...

Reaping the Whirlwind: Afghanistan, Al Qa'ida and the Holy War 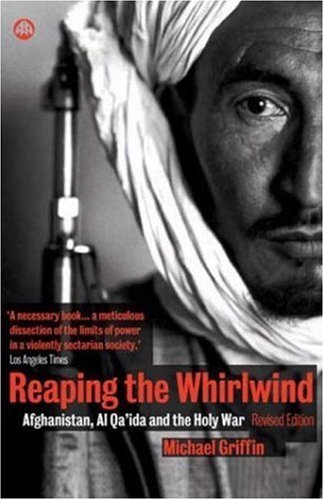 Fully revised first paperback edition of the widely acclaimed hardback; Comprehensive account of the rise of the Taliban & the role of Osama bin Laden brought up to date for 2002; Reveals the Taliban's connections to the CIA, Saudi Arabia, oil companies and drug barons First published in hardback last year, just a few months before the Taliban became the most notorious Islamic movement in the world, this is the first paperback edition of an acclaimed title that gives an insider's look at the Taliban's rise to power and the escalation of the violence that followed. Thoroughly revised and updated, it includes new chapters on the eventual demise of the movement and the rapid changes in Afghanistan's political landscape. Drawing on interviews with key members of the Taliban, investigative journalist Michael Griffin examines its origins and beliefs, its religious and political ethos and the character of its particular brand of Islamic fundamentalism. In the process, he looks at the current political situation in Afghanistan and what the future holds.

Reaping the Whirlwind: Afghanistan, Al Qa'Ida and the Holy War