Items related to The Art of Warcraft (R)

The Art of Warcraft (R) 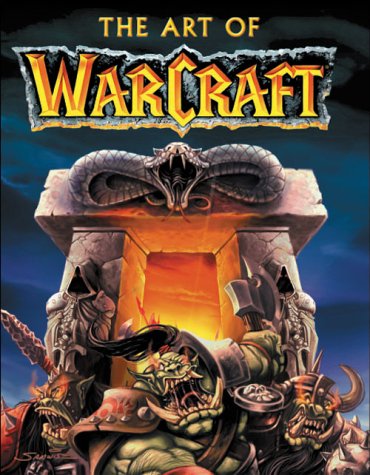 The Art of Warcraft is a high-quality coffee table book that showcases a vast collection of rare and never-before-seen images from the Warcraft universe, making it a true collector's edition for fans. The book contains concept art, an immense collection of character art and other breathtaking imagery, as well as anecdotal captions relevant to the story and events of the Warcraft series. It also gives readers an inside look at the Warcraft games, taking them from the dawn of the Night Elves to the return of the Burning Legion, and beyond. Plus, exclusive coverage of the highly anticipated World of Warcraft game, complete with illustrations and story elements, is also provided. Not Final Cover.

Blizzard Entertainment® (www.blizzard.com) (a division of Vivendi Universal Interactive, Inc.), best known for blockbuster hits including the Warcraft® series, Starcraft® series, and Diablo® series, is a premier developer and publisher of entertainment software renowned for creating many of the industry's most critically acclaimed games. Blizzard's track record includes four consecutive number-one selling games and multiple Game of the Year awards. The company's free Internet gaming service Battle.net ® reigns as the largest in the world with millions of active users.

1. The Art of Warcraft

2. The Art of Warcraft Bart G. Farkas; Jeff Green and David B. Bartley