Items related to The Tree of Life (THE MYSTERIES OF OSIRIS)

Jacq, Christian The Tree of Life (THE MYSTERIES OF OSIRIS)

The Tree of Life (THE MYSTERIES OF OSIRIS) 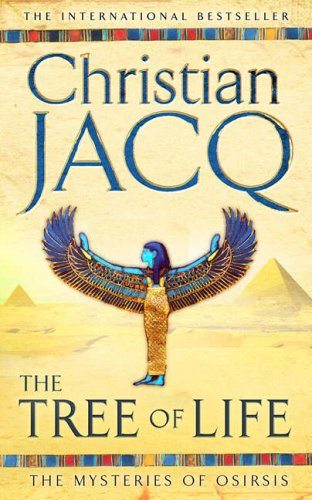 First in a brand-new 4-part series, THE TREE OF LIFE explores the fascinating origins of Ancient Egypt

In the temple of Abydos, an acacia tree is dying. Its death threatens all of Egypt. For this tree sprang forth from the tomb of the god Osiris, the first ruler of Egypt, as proof of his triumph over death. The great pharaoh Senusret III immediately joins battle against the invisible enemy who would lead Egypt to her doom. But within his closest circle hides a traitor, a man who would sell himself to the powers of darkness in order to achieve his dreams of glory. A young apprentice scribe, Iker, becomes an unwilling player in this mystery. Kidnapped by sailors who refer darkly to a 'state secret', Iker does not know who is trying to kill him, nor indeed who is trying to protect him. He senses only that someone is manipulating him, that he has set out on a road whose end he does not know. Will the two of them, Iker and Senusret, the weak young boy and the great man of power, succeed in preventing Osiris from dying for the last time, thereby saving Egypt?

Born in Paris in 1947, Christian Jacq is one of the world's leading Egyptologists. He is the author of many novels on Ancient Egypt, including the bestselling RAMSES series and THE MYSTERIES OF OSIRIS series. His novels have sold more than 27 million copies worldwide and have been translated into 30 languages. Christian Jacq lives in Switzerland.

1. THE TREE OF LIFE (Volume One in the Mysteries of Osiris )

2. THE TREE OF LIFE (VOLUME ONE IN