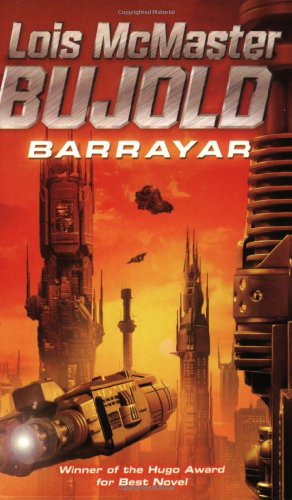 Following her marriage to the notorious 'Butcher of Komarr', Lord Aral Vorkosigan, Captain Cordelia Naismith has become an outcast on her own world. Sick of combat and betrayal, she is ready to settle down to a quiet life on Barrayar, interrupted only by the occasional ceremonial appearances required of the Lady Vorkosigan. At least, that was the plan...With the death of the emperor, Aral has become Regent for the infant heir to the throne of Barrayar, thus making him - and his family - a target for traitors and malcontents. It takes but one lapse in the constant, deadly game of palace intrigue for things to go terribly wrong. An assassination attempt on the young emperor fails but the poison gas used does find a victim: the pregnant Cordelia. The Lady Vorkosigan herself is unharmed, but the gas seriously affects the growth and development of their unborn child, Miles. Irreparable cell-damage means that the heir to House Vorkosigan is born with bones that are, and will always be, unnaturally brittle, and he will never stand taller than his mother's shoulder. But what he lacks in strength, the young Miles more than makes up for in spirit. Neither Aral nor Cordelia could possibly guess the part their fragile son is destined to play in the future of the empire...

Lois McMaster Bujold burst onto the SF scene in 1986 with SHARDS OF HONOUR, closely followed by BARRAYAR, and THE WARRIOR'S APPRENTICE, which introduced the physically handicapped military genius, Miles Vorkosigan. Since then she has won four Hugo Awards and two Nebulas. The mother of two, Bujold lives in Minneapolis, Minnesota.

Following her marriage to the notorious "Butcher of Komarr" - Lord Aral Vorkosigan - Captain Cordelia Naismith has become an outcast in her own world. Sick of combat and betrayal, she prepares to settle down to a quiet life on Barrayar. At least, that was the plan...