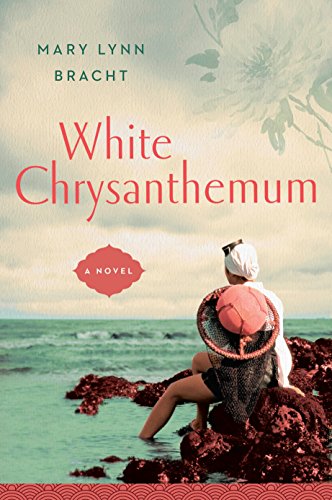 For fans of Min Jin Lee's Pachinko and Lilac Girls, the heartbreaking history of Korea is brought to life in this deeply moving and redemptive debut that follows two sisters separated by World War II.

Korea, 1943. Hana has lived her entire life under Japanese occupation. As a haenyeo, a female diver of the sea, she enjoys an independence that few other Koreans can still claim. Until the day Hana saves her younger sister from a Japanese soldier and is herself captured and transported to Manchuria. There she is forced to become a "comfort woman" in a Japanese military brothel. But haenyeo are women of power and strength. She will find her way home. South Korea, 2011. Emi has spent more than sixty years trying to forget the sacrifice her sister made, but she must confront the past to discover peace. Seeing the healing of her children and her country, can Emi move beyond the legacy of war to find forgiveness? Suspenseful, hopeful, and ultimately redemptive, White Chrysanthemum tells a story of two sisters whose love for each other is strong enough to triumph over the grim evils of war.

"A suspenseful and eye-opening historical work reminiscent of Christina Baker Kline's Orphan Train, Jamie Ford's Songs of Willow Frost, and Lisa Wingate's Before We Were Yours."--Library Journal (starred review) "If Min Jin Lee's acclaimed bestseller Pachinko sparked an interest in stories of Korea under Japanese occupation during World War II, here's your next read."--Newsday "I read Hana and Emi's story with my heart in my mouth. A bold, devastating, important novel shot through with hope and beauty."--Rachel Joyce, New York Times bestselling author of The Unlikely Pilgrimage of Harold Fry "A psychologically acute, emotionally resonant novel....[R]ich with historical detail, White Chrysanthemum is a compelling and important account of civilian women's lives during wartime."--BookPage "This moving and redemptive debut is a heart-breaker. It shines a light on the less explored aspects of wars....Absorbing and hypnotic."--The Washington Book Review

"While committed to accurately portraying a period of devastating history, White Chrysanthemum is a moving tribute to haenyeo culture...and the enduring human spirit. Bracht plunges into the shattering world of comfort women....The more lyrical passages, particularly when describing the life of haenyeo, are refreshingly uplifting. Handling significant subjects with extreme sensitivity, Bracht writes with feeling and purpose that is inspiring and deeply affecting."--The Seattle Book Review "Masterfully crafted, Bracht's mesmerizing debut novel is rich with historical detail and depth of emotion. This is a memorable story about the courage of Korean women during the Second World War."--Publishers Weekly "Fast-paced and lyrical... [Bracht] allows a sense of hope to filter through."--Historical Novels Review "A debut novel about the Korean 'comfort women' prostituted by Japanese soldiers in World War II--and the strong bond between two sisters separated by the conflict....The book's author, an American of Korean descent, writes well--the passages describing the sisters' early lives are quite lyrical--and she's adept at weaving in historical material about Korea and its fraught relationship with Japan."--Kirkus Reviews "This captivating and heartbreaking debut novel honors the many thousands of women who were enslaved through WWII."--Booklist "A timeless, heart wrenching, emotionally powerful tale that will resonate with readers...Its message will not be easily forgotten."--RT Book Reviews "Elegantly written, emotionally shattering, and historically accurate, White Chrysanthemum is a feat of literary alchemy. Bracht reveals the unfathomable cruelty of Japanese sex slavery during World War II through the unbreakable love of Korean sisters."--Blaine Harden, New York Times bestselling author of Escape from Camp 14

"Bracht's story manages to educate and entertain in equal measure without reading as a sermon. A triumph of humanity, White Chrysanthemum will seize you, keeping you held long after you've finished the final page."--Dumpling Magazine "A captivating, controlled and devastating book about the lives of two Korean sisters during the Second World War.... Brave, bold, important, this book is beautifully written with characters that will stay with you long after the final, unforgettable paragraph."--Jackie Copleton, Bailey's longlisted author of A Dictionary of Mutual Understanding

"A powerful account of a little discussed subject about the Second World War--comfort women enslaved by the Japanese army--but it's also about the courage of the women involved who want to speak about their suffering and their cry for justice, peace and love."--Xiaolu Guo, author of A Concise Chinese-English Dictionary for Lovers Book Description:

The heartbreaking story of Korea during the Second World War is brought to life in this gripping, redemptive debut about two sisters.