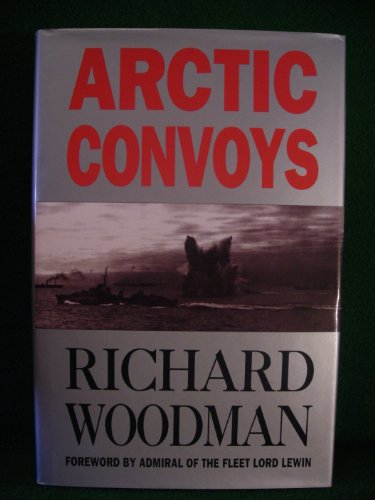 For the last four gruelling years of the war, the Western Allies supplied arms and ammunition to Soviet Russia. These supplies were essential to the Russian war effort, and so the Germans were determined to cut them off. Allied merchant ships ran the gauntlet of the icy Barents Sea, outflanked by German bases in Norway, from where bombers, surface warships and U-boats could attack without warning. Each delivery of arms was an epic achievement. In fact an eminent British historian described it as undertaking the impossible.;Under pressure from both Stalin and Roosevelt, Churchill compelled the hardpressed British navy to fight convoy after convoy through to Murmansk and Archangel, with considerable loss in a campaign which was war a l'outrance, where the sinking of a single 10,000-ton freighter was the equivalent, in terms of material destroyed, of a land battle. It was the Arctic that saw the last concentration of the U-boats, driven from their former French bases; the Arctic that saw the last Royal Naval ship sunk in European waters; and the Arctic that saw the greatest defeat of a convoy in modern history. It was a theatre dominated by the weather: fog, storm-force winds and the ever-present numbing cold. Accretions of ice could, and did, deprive ships of their stability and cause them to capsize, while either the Arctic gloom or the midnight sun mocked embattled men haggard with exhaustion.;The debacle of PQ17, the surface actions, the U-boat attacks and running air battles culminating in the final destruction of the Scharnhorst are fully covered, but so too are the personal angle and the perspective of the long-suffering merchant ships and their crews, together with the political implications. The author, himself a professional seaman, has carried out a major and comprehensive review of naval operations in the Arctic which, ironically for Britain and the United States, left Stalin's Russia the dominating power in postwar Europe.

'A tribute to those who served on the vital convoys to North Russia...as complete a book on the subject as you are likely to find'. (The Review - NHCRA)

For the last four years of the war, the Western Allies supplied arms and ammunition to Soviet Russia. These supplies were essential to the Russian war effort, and so the Germans were determined to cut them off. This is a comprehensive review of naval operations in the Arctic during that period.