Items related to An English Empire: Bede, the Britons and the Anglo-Saxon...

Higham, Nick An English Empire: Bede, the Britons and the Anglo-Saxon Kings (Origins of England S.)

An English Empire: Bede, the Britons and the Anglo-Saxon Kings (Origins of England S.) 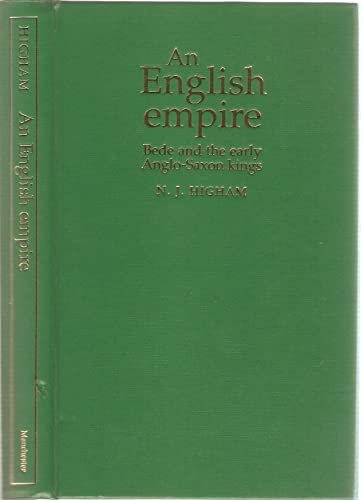 This second book in the "Origins of England" trilogy examines the organization and make-up of Anglo-Saxon England in the early 7th century, taking as its starting point the highly rhetorical account of Britain's ecclesiastical history written by Bede. Bede made efforts to legitimise the English domination of his own day by comparing it to the Roman rule of Britain in the past. N.J. Higham re-examines and reinterprets the principal literary sources for an English "empire": Bede's famous list of "overkings" in Historical Ecclesiastica, and the Tribal Hidage. He argues that a comparatively stable and long-lived pattern of regional "overkingships" existed in early England. King Raedwald's career as a king and "overking" is described in detail. The book closes with an account of relations between the Anglo-Saxons and Britons in early England which provides insights into the structure of rural society in the age of Bede.

1. An English Empire: Bede and the Anglo-Saxon Kings

Book Description Manchester University Press, 1995. Condition: Good. This is an ex-library book and may have the usual library/used-book markings inside.This book has hardback covers. In good all round condition. No dust jacket. Please note the Image in this listing is a stock photo and may not match the covers of the actual item,550grams, ISBN:0719044235. Seller Inventory # 9050600