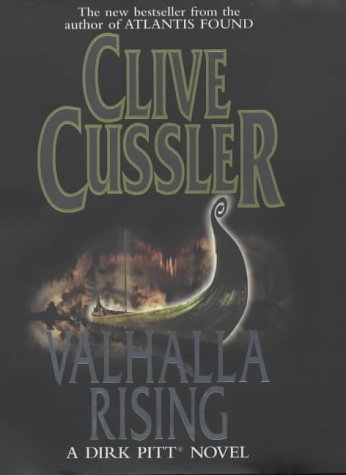 It is July, 2003. In the middle of its maiden voyage the luxury cruise ship EMERALD DOLPHIN suddenly catches fire and sinks. What caused it? Why didn't the alarms go off? What was its connection to the revolutionary new engines powering the ship? NUMA special projects director Dirk Pitt races to rescue the passengers and investigate the disaster, but he has no idea of the bizarre chain of events about to engulf him. In the next few weeks, Pitt will find himself confronted by an extraordinaryseries of monsters, both human and mechanical, modern and ancient. He will tread upon territory previously known only to legend. At the end of it all, though many lives will be lost, and many saved, it is Pitt's own life that will change for ever ...

Dirk Pitt, Clive Cussler's aging but still potent superhero, returns in Valhalla Rising, the 16th adventure in this popular series about the director of special projects for the National Underwater Maritime Administration (NUMA). Pitt's NUMA survey ship happens to be in the vicinity when the world's newest and biggest cruise ship founders and sinks, giving Pitt the chance to stage the daring rescue of nearly 2,000 passengers. Among those who perish is a famous scientist whose revolutionary engines powered the ship to her watery grave; while Pitt is unable to save Dr Egan, he rescues his beautiful daughter Kelly from the sea, and later from a murder attempt aboard the rescue vessel.

Pitt and his trusty pal Al Giordino track the sinking to the boardroom door of a multinational conglomerate called Cerberus, whose evil CEO has designs on the world's oil supply. He'll do anything to keep Egan's advanced engines and secret formula for frictionless oil off the market--even sabotage another vessel, this time a luxury passenger submarine. By the time our heroes have foiled the mastermind's nefarious plots, they've also uncovered the existence of a working submarine nearly a century before one actually existed--irrefutable proof of a Viking landing on the Hudson River--and the remains of the British sailor who inspired Jules Verne's Captain Nemo. A solid page-turner that even features a cameo appearance by the author himself, Valhalla Rising snaps, crackles, and pops with Cussler's usual brio. --Jane Adams, Amazon.com

In the latest adventure of NUMA special projects director Dirk Pitt a luxury liner suddenly catches fire and sinks on her maiden voyage. Dirk Pitt races to rescue the passengers and find out the cause of the disaster - but he has no idea of the bizarre chain of events about to engulf him.