Items related to This Perfect Day 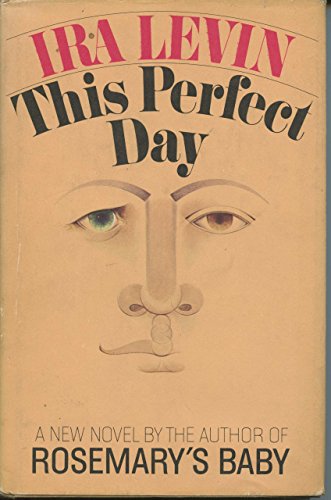 'Marvellously entertaining. A cross between Brave New World and Doctor Who.' Look Magazine

Considered one of the greatest dystopian thrillers ever written, Ira Levin's terrifying glimpse into the future continues to fascinate readers forty years after its initial publication.

Set in a seemingly perfect global society, where uniformity is the defining feature, one man leads the resistance against UniComp - a central computer that has been programmed to keep every single human on the surface of the earth in check. All ethnic groups have been eugenically merged into a single race called 'The Family', and citizens are continually drugged so that they can never realise their potential as human beings, but will remain pliant and cooperative.

With a vision as frightening as any in the history of the science fiction genre, This Perfect Day is one of Levin's most haunting novels.

Marvelously entertaining. A cross between Brave New World and Doctor No. (Look Magazine)

Ira Levin's brave new world is populated by eight billion members of The Family. Life is planned and programmed from birth through death by UniComp, the supercomputer down inside the earth. (New York Times Book Review)