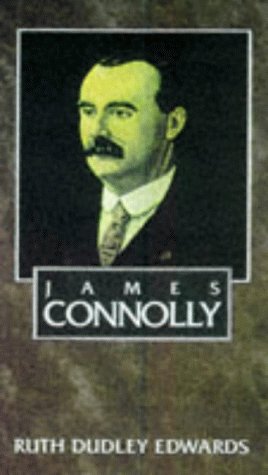 James Connolly (1868-1916), the son of Irish immigrants, was born in Edinburgh. He came to Ireland in 1896 as paid organiser of the Dublin Socialist Club and founded The Workers' Republic, Ireland's first socialist newspaper. In 1911 he was appointed Belfast organiser of the Irish Transport and General Workers' Union. With James Larkin, he led the workers of Dublin during the Great Lockout of 1913 and when Larkin went to the USA the following year, Connolly assumed leadership of the union. His tiny Irish Citizen Army took part in the 1916 Rising, following which he was executed. This short book has established itself as one of the very best surveys of Connolly's life since it first appeared in the early 1980s. Its reappearance will be welcomed by all who remain fascinated by Connolly's life, especially its dialogue between socialism and nationalism.

Ruth Dudley Edwards is a distinguished historian, journalist and novelist. She is the author of 'Patrick Pearse: the triumph of failure' and of 'Victor Gollancz: a biography' as well as a history of the 'Economist' newspaper and a series of highly regarded crime novels.

Book Description Paperback. Condition: Very Good. The book has been read, but is in excellent condition. Pages are intact and not marred by notes or highlighting. The spine remains undamaged. Seller Inventory # GOR001514861