Items related to The Elements of Physical Chemistry

The Elements of Physical Chemistry 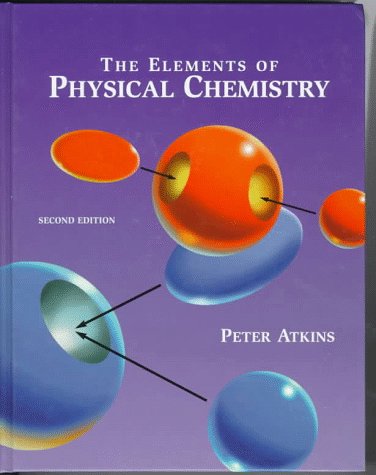 A simplified version of the fourth edition of "Physical Chemistry" by the same author. New arguments and insights into the subject have been developed and attention has been paid to providing an increased emphasis on biochemical applications.

Peter Atkins is the author of a number of best-selling and well respected textbooks.

Peter Atkins is Professor of Chemistry at the University of Oxford and fellow of Lincoln College, where he is tutor in physical chemistry. After graduating from the University of Leicester, he was a Harkness Fellow of the Commonwealth Fund, which he spent at the University of California, Los Angeles, and then took up his current position at Oxford in 1965. He was awarded the Meldola Medal by the Royal Society of Chemistry in 1969 and was Nyholm Lecturer in 1999. He sits on the Physical
Chemistry Division Committee of IUPAC and is a member of IUPACs Committee on the Teaching of Chemistry.

THE ELEMENTS OF PHYSICAL CHEMIST