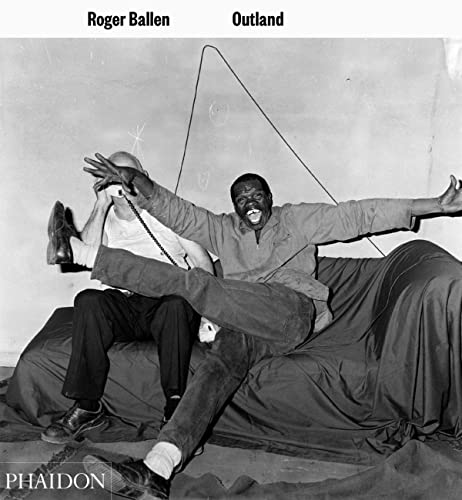 The seminal work by photographer and artist Roger Ballen, re-released in an expanded edition with never-before-seen images from Ballen's archive.

The culmination of nearly 20 years of work, Outland marked Ballen's move from documentary photography into the realms of fiction and propelled him into the international spotlight. Disturbing, exciting and impossible to forget, Ballen's images captured people living on the fringes of South African society. His powerful psychological studies influenced a generation of artists and still resonate today.

First published in 2001, Outland is back in print and expanded to include 50 never-before-seen images from Ballen's archive with illuminating new commentary from the artist himself.

"Roger Ballen lives up to his reputation as a photographer unafraid to shock and challenge his audience... A vision of the darker side of human nature, and both surprises and intrigues in equal measure."―Daily Telegraph

Roger Ballen (b.1950) has lived and worked in Johannesburg, South Africa for more than 30 years. Born in New York, he worked as a geologist and mining consultant before starting his photographic career by documenting the small villages of rural South Africa and their isolated inhabitants. Outland, winner of Best Photography Book of the Year at PhotoEspaña in Madrid, Spain, was first published by Phaidon in 2001, followed by critically acclaimed Shadow Chamber and Boarding House (Phaidon, 2005 and 2008). Ballen is represented by Gagosian Gallery.

Book Description 2015. Hardcover. Condition: New. 2nd. Hardcover. The seminal work by photographer and artist Roger Ballen, re-released in an expanded edition with never-before-seen images from Ballen's archive.The culmination of nearly 20 y.Shipping may be from our Sydney, NSW warehouse or from our UK or US warehouse, depending on stock availability. 156 pages. 1.490. Seller Inventory # 9780714868844