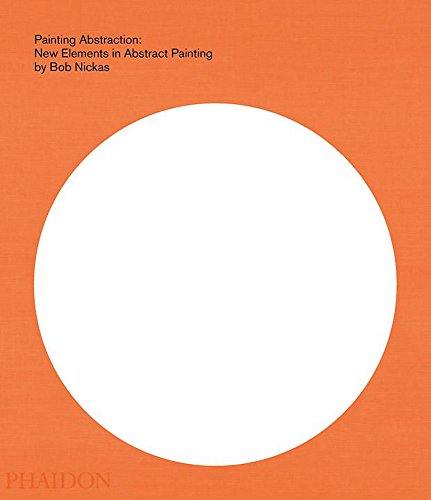 Guides the reader through the key issues in the field of In recent years, abstract painting. This title profiles 80 of the most vital contemporary abstract painters.

"Presented in a [...] spirit of lively, unstuffy curiosity... Thought-provoking."―Michael Glover, The Independent

"Each of the essays accompanying the artists is thoughtful... There is an intimacy about the writing, and the artists, that one does not expect from a large, heavy [book]... Perhaps this is the element that lifts the book beyond a standard survey."―Laura McLean-Ferris, ArtReview

"Lively survey? A useful tool in forming a sharper, broader sense of what is going on in the world of abstract painting."―Roberta Smith, The New York Times

"Pictorially jazzy work? the visual energy and variety of these reproductions burst all pigeonholes. It's a wild ride of a reference book."―San Francisco Chronicle

Bob Nickas is a critic and curator based in New York. He has organized more than eighty exhibitions since 1984 and served on the teams responsible for Aperto at the Venice Biennale in 1993 and the 2003 Biennale de Lyon. From 2003-06 he was Curatorial Advisor at P.S.1 Contemporary Art Center in New York. The author of numerous essays in catalogues and monographs, he is a regular contributor to Artforum and founding editor of Index magazine. His books include two collections of his writing, Live Free or Die (2000) and Theft is Vision (2007).

Book Description Phaidon Press, 2009. Hardcover. Condition: New. DISPATCHED FROM THE UK WITHIN 24 HOURS ( BOOKS ORDERED OVER THE WEEKEND DISPATCHED ON MONDAY) BY ROYAL MAIL. ALL OVERSEAS ORDERS SENT BY AIR MAIL. WE ALSO ACCEPT PAYMENT IN US DOLLARS OR EURO BY BANK TRANSFER. Seller Inventory # mon0000656129