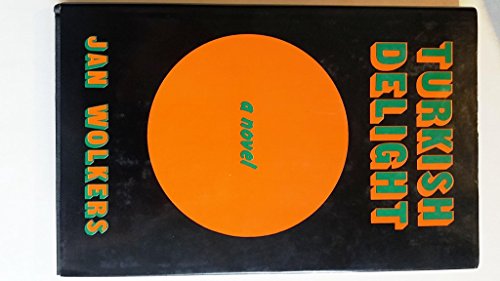 The story of a tempestous and sensual love affair, that could only be destroyed by death. A number one bestseller in Holland, with international success in england, France and Scandinavia, it was made into a film called Turks Fruit in 1974.

Jan Wolkers was born in 1925 and was well-known as a painter and sculptor who made his writing debut at the age of thirty-five. Turkish Delight was his fifth novel. He died in 2007.

Buy Used
Condition: Poor
This is an ex-library book and... Learn more about this copy

Book Description Calder & Boyars, 1974. Condition: Poor. This is an ex-library book and may have the usual library/used-book markings inside.This book has hardback covers. In poor condition, suitable as a reading copy. No dust jacket. Please note the Image in this listing is a stock photo and may not match the covers of the actual item,400grams, ISBN:0714510556. Seller Inventory # 7325586

Book Description Calder & Boyars, London, 1974. Hardcover. Condition: Near Fine. Dust Jacket Condition: Very Good. 1st Edition. First Uk edition. First Thus translated from the Dutch by Greta Kilburn and Calder & Boyers 1974. Black boards with silver gilt titles. 158pp. 8vo. Contents are clean bright and sharp. The only fault I can find is an erasure of a pencil price to the ffep. The Jacket is unclipped at 2.75 GBP and suffers from only very light shelf wear. No fading. A very nice copy of this scarce title. More scans on request. Seller Inventory # 016051