Items related to The Looming Tower: Al Qaeda's Road to 9/11 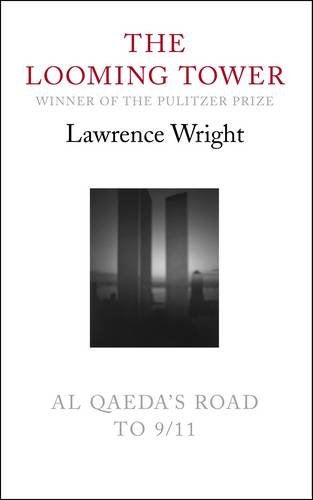 Brilliantly written, compelling and highly original, The Looming Tower is the first book to tell the full story of Al Qaeda from its roots up to 9/11. Drawing on astonishing interviews and first-hand sources, it investigates the extraordinary group of idealogues behind this organization – and those who tried to stop them. There is the tormented, resentful Egyptian Sayyid Qutb, who was horrified by the godlessness and decadence he perceived in America in 1948, and whose subsequent writings turned him into a martyr for Islamic extremists. There is Ayman al-Zawahiri: a devout student who, by the age of fifteen, had already helped to form an underground jihadist cell. There is the deeply contradictory Osama bin Laden: Saudi multimillionaire turned muhajideen commander, whose interests merged with al-Zawahiri’s to form a global terror coalition. And there is the FBI’s counterterrorism chief, the flamboyant, cigar-smoking John O’Neill, who found his warnings that ‘something big’ was coming continually ignored, and would finally meet his fate in the shadow of the Twin Towers.

Interweaving this extraordinary story with events including the Israeli-Palestine conflict, the Soviet invasion of Afghanistan and the first attack on the World Trade Center, Lawrence Wright takes us into training camps, mountain hideouts and top secret meetings to explore how it all fed into the planning and execution of 9/11 – and reveals the real, complex origins of Al Qaeda’s hatred of the West.

'Comprehensive and compelling ... a definitive work on the antecedents to 9/11. Essential for an understanding of that dreadful day.' -- Kirkus

Buy Used
Condition: Fair
The book comes with a dust jacket... Learn more about this copy

Book Description Hardcover. Condition: Fair. The book comes with a dust jacket. The dust jacket is chipped discoloured and has a tear to it on the spine. There is a sticker to the front of the jacket. Pages are intact and not marred by notes or highlighting. The cover and spine have some wear but remain intact. Cover is split along one edge. Embossed font to the spine are bright and intact. Seller Inventory # L0042573

Book Description Hardcover. Condition: Very Good. WE ARE PROCESSING ORDERS AS NORMAL DURING THIS VIRUS EPIDEMIC, ALL ITEMS ARE SENT BY ROYAL MAIL. DISPATCHED FROM THE UK WITHIN 24 HOURS ( BOOKS ORDERED OVER THE WEEKEND DISPATCHED ON MONDAY) BY ROYAL MAIL. ALL OVERSEAS ORDERS SENT BY AIR MAIL. WE ALSO ACCEPT PAYMENT IN US DOLLARS OR EURO BY BANK TRANSFER. Seller Inventory # mon0000792476

Book Description Hardcover. Condition: Good. No Jacket. Item is in good condition. Some moderate creases and wear. This item may not come with CDs or additional parts including access codes for textbooks. This may not have a dust jacket. Might be an ex-library copy and contain writing/highlighting. Photos are stock pictures and not of the actual item. Seller Inventory # DS-071399973X-3