Items related to The Cold War 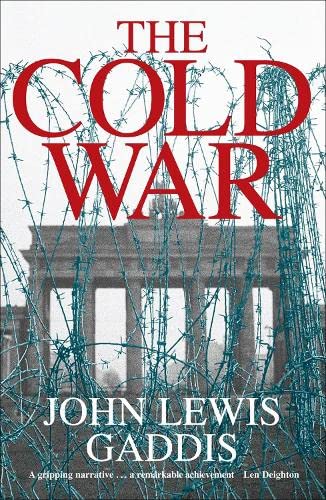 In 1950, when Joseph Stalin, Mao Zedong, Ho Chi Minh and Kim Il-Sung met in Moscow to discuss the future, they had reason to feel optimistic. International communism seemed everywhere on the offensive: all of Eastern Europe was securely in the Soviet camp; America's monopoly on nuclear weapons was a thing of the past; and Mao's forces had assumed control over the world's most populous country. The story of the previous five decades was one of the worst fears confirmed, and there seemed as of 1950 little sign, at least to the West, that the next fifty years would be any less dark.

In fact, of course, the century's end brought the widespread triumph of political and economic freedom over its ideological enemies. In The Cold War, John Lewis Gaddis makes a major contribution to our understanding of this epochal story. Beginning with the Second World War and ending with the collapse of the Soviet Union, he provides a thrilling account of the strategic dynamics that drove the age. Now, as Britain once more finds itself in a global confrontation with an implacable ideological enemy, The Cold War tells a story whose lessons it is vitally necessary to understand.

'...crisp and elegant prose, Professor Gaddis has done us all an enormous favour. His timing is perfect...' -- Anne Applebaum, author of Gulag, winner of the Pulitzer Prize

'Gaddis enjoys a formidable reputation as the foremost diplomatic historian of his generation...he is a masterful guide' -- Dominic Sandbrook, The Telegraph 31/12/05

'Professor Gaddis, known in the US as the dean and doyen of Cold War historians, has produced a fascinating primer' -- Ian Bruce, The Herald 31/12/05

'The perils and the politics fly at you off every page, and the cameo portraits of the players are masterly.' -- Peter Hennessy, author of The Prime Minister and The Secret State

'Worldly and stylish, yet direct and plain-spoken...deep and wise, it offers trenchant summaries of complex historical issues....' -- William Taubman, author of Krushchev, winner of the Pulitzer Prize

'[A] magisterial account...Gaddis has harvested a basketful of recent literature and boiled it down to a valuable compote.' -- Robert Service, The Sunday Times 1/1/06

'it beckons and pleases...drawing the reader into complicated material with the aid of anecdotes, examples and rapidly moving narrative.' -- Catherine Merridale, The Independent 6/1/06

John Lewis Gaddis is the Robert A. Lovett Professor of History at Yale University. He is the author of numerous books, including Security and the American Experience, the book recently pressed on his cabinet and senior security staff by President Bush.