Items related to The Extraordinary Voyage of Pytheas the Greek

Cunliffe, Barry The Extraordinary Voyage of Pytheas the Greek

The Extraordinary Voyage of Pytheas the Greek 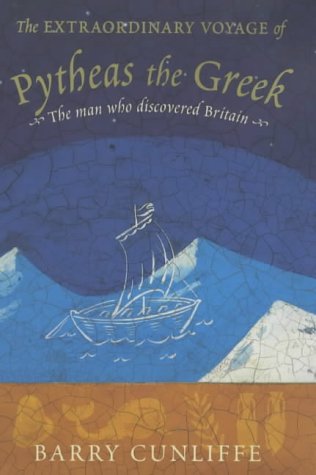 In 320BC an expedition set out from what is now southern France on an unprecedented journey: to find out what lay beyond the pillars of Hercules (the mouth of the Mediterranean) in the mythological northern lands. Pythias' great journey was both thefirst and last Greek attempt to explore northern Europe. Cunliffe has used this journey to recreate the world through which the Greek ship sailed with its bustling trade, ferocious wars and complex, pre-literate societies. As Pythias sails up the English Channel and becomes the first literate man to visit Britain, to the edge of the Arctic sea-ice, we learn about the world view of classical Greece and about our own ancestors at the furthest limit of written experience.

Some 2,300 or more years ago an amazing expedition, headed by Pytheas, set out from the Greek colony of Massalia (Marseilles) to explore the terrifying, fabled lands of northern Europe: a mysterious, largely conjectural zone which, according to Greek science, was too cold to sustain human life. Pytheas was the Ancient World's Columbus. He was the first literate man ever to visit the British Isles, the German coast and the Hebrides, even travelling on to Iceland and the edge of the ice-pack. Even more startingly, thre was no follow-up to his journey. Britain remained without further explorers until Julius Caesar and his legions landed there 300 years later. Barry Cunliffe knows perhaps more than anyone about the world through which Pytheas travelled and, like a detective, he here pieces together how Pytheas viewed his world. All our knowledge of the journey is indirect (Pytheas' own account was destroyed, probably in the burning of the Great Library at Alexandria) but, through sifting the archaeological and written records, Cunliffe re-creates this staggering journey.

Like those of a space-probe flying past some far distant planet, the signals Pytheas sends back to our own time, however, faint and confused, represent and far limit of literate human experience in the northern world. This book allows us to sense some of his dazed astonishment, huddled in his skin-boat, gazing at the geography in which we now live and at the legendary "Ultima Thule" - the Arctic Ocean. About the Author:

Barry Cunliffe is Professor of European Archaeology at the University of Oxford. His most recent book is FACING THE OCEAN: THE ATLANTIC AND ITS PEOPLES.

1. The Extraordinary Voyage of Pytheas the Greek: The Man Who Discovered Britain

2. The Extraordinary Voyage of Pytheas the Greek: The Man Who Discovered Britain [Hardcover] Barry Cunliffe