Items related to Economic History of the USSR 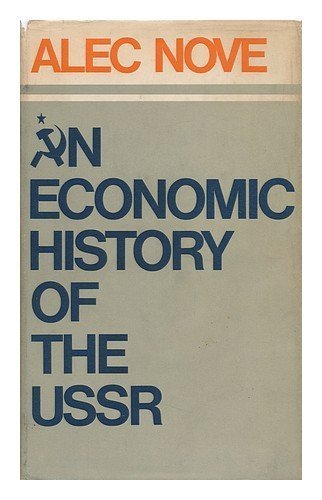 A concise and objective study of the growth of a country, tracing the economy of the USSR throughout the 20th-century. From War Communism, to the new economic policy of the early 1920s and to the economy under Stalin's coercion. This included the Soviet "great leap forward" of five-year- plans, collectivization and Stakhanovism. The author's account of these years of terror reveal not only his close acquaintance with the Soviet sources, but also his ability to divine the historical facts through a mist of propaganda. After a brief survey of the distorted economy of the Second World War and of Malenkov and Krushchev, with their well-intentioned but often hare-brained schemes to expand the economy, he concludes with a notably fair-minded assessment of Russian achievement to date.

Buy Used
Condition: Poor
This is an ex-library book and... Learn more about this copy

Book Description Condition: Poor. This is an ex-library book and may have the usual library/used-book markings inside.This book has hardback covers. In poor condition, suitable as a reading copy. No dust jacket. Please note the Image in this listing is a stock photo and may not match the covers of the actual item,750grams, ISBN:0713900695. Seller Inventory # 9076321

Economic History of the U. S. S. R

Book Description Hardcover. Condition: Good. No Jacket. Item is in good condition. Some moderate creases and wear. This item may not come with CDs or additional parts including access codes for textbooks. This may not have a dust jacket. Might be an ex-library copy and contain writing/highlighting. Photos are stock pictures and not of the actual item. Seller Inventory # DS-0713900695-3