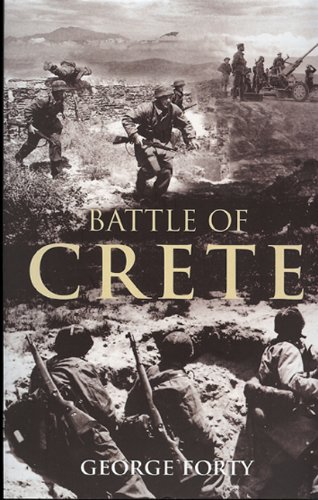 Following the successful German invasion of the Balkans and the capture of mainland Greece, the Axis powers' focused their attentions upon the strategic island of Crete. The island was Britain's last foothold in the northeast Mediterranean and was perceived as being pivotal to the ongoing defense of the Middle East and the crucial sea-lanes leading to the Suez Canal. By early 1941 the British position in the Mediterranean was wavering; in North Africa Rommel's forces were sweeping towards Egypt, and the remaining British fortresses such as Malta were threatened. Against this background, German forces launched an airborne attack against Crete in late May 1941. Churchill's decree that the defense of the island was paramount resulted in the fortification of the defensive garrison. However, despite the strong defense offered by British forces, air supremacy and poor British communications handed the German's victory. The battle of Crete was a major setback for the British; valuable men and equipment were lost, often in controversial circumstances, and yet it was not a wholesale German success either. Heavy losses among the German paratroopers meant that it was the last time that the Germans would launch such an airborne invasion. Furthermore, the battles in the Balkans, Greece and Crete seriously delayed the German invasion of Russia. It could therefore be argued that the bitterly fought battles around the north-eastern Mediterranean had a crucial effect upon the outcome of the war out of all proportion to their individual importance at the time. Within this text, renowned military historian George Forty examines in detail the history of the battle of Crete. Drawing upon an incredible selection of contemporary photographs, allied with first-hand recollections from those who fought, "Battle of Crete" examines one of the most bitterly contested engagements of the early war years. Uniquely recounted from the viewpoint of the individual fighting soldier, sailor and airman, this timely examination of an important but often overlooked battle will be essential reading for all historians of World War 2.