Items related to Man Made Language 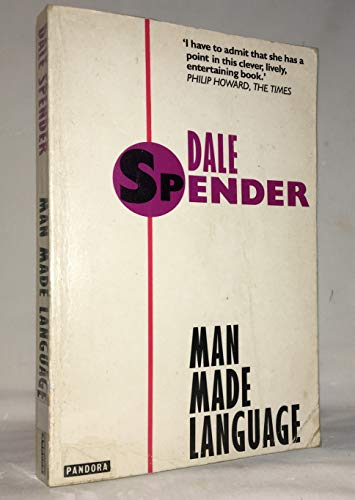 One of the great classics of the women's movement, 'Man made language' opened our eyes to the myriad ways in which the rules and uses of language promote a male, and so inherently partial, view of the world.

Spender also argues that since language is crucial to human-ness, it is through the patriarchal language that much of women's subordination is structured and maintained.

'A clever, lively and entertaining book. I have to admit she has a point.'
PHILIP HOWARD, 'The Times'

This edition of this feminist study of language offers clear analysis of the ways in which our language is "man-made", of all the subtle and not-so-subtle ways in which the masculine is asserted as the norm, while feminine experience is muted and pushed to the margins of life and language.