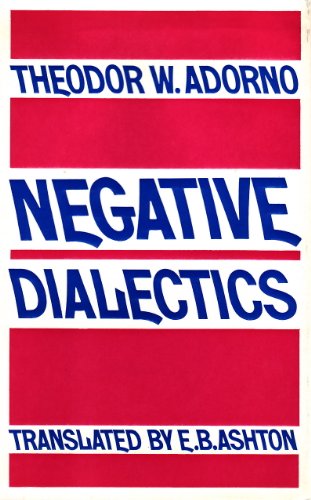 Theodor W. Adorno (1903-69) was a founder and arguably the foremost thinker of the Frankfurt School. He worked with Max Horkheimer at the New York Institute for Social Research and later taught at the University of Frankfurt until his death in 1969. His work has proved enormously influential in sociology, philosophy and cultural theory.

Negative Dialects is a phrase that flouts tradition. As early as Plato, dialectics meant to achieve something positive by means of negation; the thought figure of a 'negation of negation' later became the succinct term. This book seeks to free dialectics from such affirmative traits without reducing its determinacy.