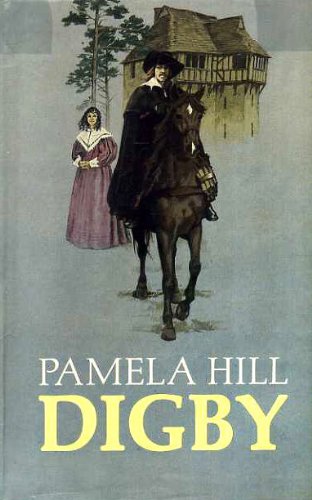 Kenelm Digby was the son of one of the infamous Gunpowder Plotters, and his father's disgrace and execution affected his whole life. A restless and active man, he was, at various stages in his life, scientist, philosopher, pirate and poet.
Welcomed at courts throughout Europe, he was the particular favourite of the Queen of France who wanted him to be her lover. But Kenelm Digby loved another: the beautiful Venetia was the mainspring of his life, and on her death he became and remained a widower.
He lived life to the full, and even became a close friend of Cromwell, Royalist though he was.
Pamela Hill tells the fascinating story of a man whose many adventures ensured him great notoriety in his time.

Book Description Robert Hale Ltd, 1987. Hardcover. Condition: Good. Ex-Library Book. Has usual library markings and stamps inside. All orders are dispatched the following working day from our UK warehouse. Established in 2004, we have over 500,000 books in stock. No quibble refund if not completely satisfied. Seller Inventory # mon0003917450

Book Description Robert Hale Ltd, 1987. Condition: Fair. This is an ex-library book and may have the usual library/used-book markings inside.This book has hardback covers. In fair condition, suitable as a study copy. Dust Jacket in fair condition. Please note the Image in this listing is a stock photo and may not match the covers of the actual item,450grams, ISBN:0709029373. Seller Inventory # 4724075