Items related to Under the Net (Collected edition)

Under the Net (Collected edition) 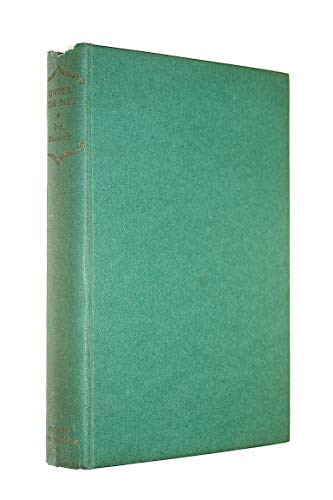 Set in a part of London where struggling writers rub shoulders with successful bookies, and film starlets with frantic philosophers. The hero, Jake Donaghue, is captivated by a majestic philosopher, Hugo Belfounder, whose profound reflections prompt the title - under the net of language.

"A dazzling story, light and comic in touch" (The Times)

The debut novel from one of the most remarkable writers of the 20th century.

1. Under the Net - First Edition

Book Description Condition: Good. A+ Customer service! Satisfaction Guaranteed! Book is in Used-Good condition. Pages and cover are clean and intact. Used items may not include supplementary materials such as CDs or access codes. May show signs of minor shelf wear and contain limited notes and highlighting. Seller Inventory # 0701109823-2-4

Book Description Hardcover. Condition: Good. No Jacket. Item is in good condition. Some moderate creases and wear. This item may not come with CDs or additional parts including access codes for textbooks. This may not have a dust jacket. Might be an ex-library copy and contain writing/highlighting. Photos are stock pictures and not of the actual item. Seller Inventory # DS-0701109823-3