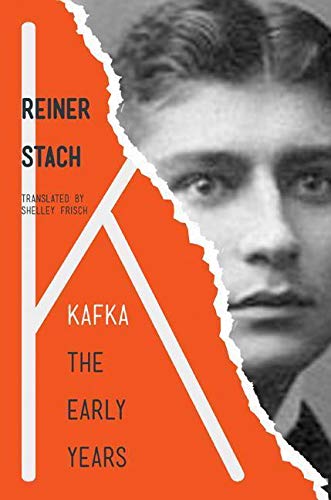 "Praise for the previous volumes: "Stach aims to tell us all that can be known about [Kafka], avoiding the fancies and extrapolations of earlier biographers. The result is an enthralling synthesis, one that reads beautifully.... I can't say enough about the liveliness and richness of Stach's book.... Every page of this book feels excited, dynamic, utterly alive.""---Michael Dirda, Washington Post Book World

"Praise for the previous volumes: "Stach's is a splendid effort and will be hard to surpass.""---William H. Gass, Harper's Magazine

"Praise for the previous volumes: "[Stach] has a deep understanding of the world that Kafka came from and this is matched by an intelligence and tact about the impulse behind the work itself.""---Colm Tóibín, Irish Independent

"If you are a Kafka fan (or just a fan of great literary biographies), the translation of Reiner Stach's enormous, three-part biography is something not to miss. Now that it has been translated into English by Shelley Frisch, the book offered English-language readers unparalleled insight into Kafka's life, his world, his colleagues, his lovers, his family, and of course his writing. As a longtime Kafka devotee, I found this biography exceptional, not just a great book about Kafka but simply a great book to read."---Scott Esposito, Conversational Reading

"We can trace, through Stach's measured narrative, the full course of Kafka's brief life. . . . The result is not merely a biography of painstaking thoroughness but a piece of psychological investigation and literary detective work without clear parallel. It gives its readers a new Kafka. It explains much that has long seemed obscure; yet, by paradox, the more its author-hero is grounded in his context, and the more we grasp of the initial sources of his imagination, the more unfathomable his gifts become. The haze clears; he stands alone."---Nicolas Rothwell, Australian

"Strange in wonderful ways. . . . [Stach] raises the bar for how biographers can give readers a sense of where a writer's sense of vision emerges from. By presenting Kafka's life as a succession of forces--historic, literary, places, personal encounters--and setting these collisions within a context of time, environment, social milieu and class, Stach brings readers closer to understanding how these forces impacted and shaped his thoughts and writing."---Time's Flow Stemmed,