Items related to The Swedish Room 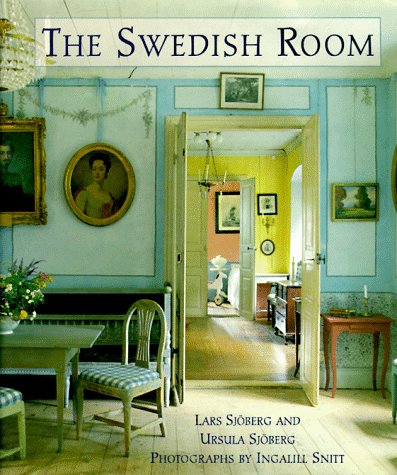 Celebrated for its soft palette, clean and spare look, and neoclassical European style modified by rustic Scandinavian charm, the Swedish interior has been an endless source of imitation. The Swedish Room enables the reader to take in period by period, house by house, over 200 breathtaking images and an authoritative accompanying text which focus on those special features of the traditional Swedish room that have made it one of the major influences in decorating today.

Whether a royal guest room, an aristocratic boudoir, or a farmer's kitchen, each room is original and inviting. The traditional details-wide-board, unpolished wooden floors, simple checked or striped fabrics used on windows and beds, the elegant outlines of a Gustavian chair and the gleaming tiles of a ceramic stove-everything delights the eye. The contrast between the glowing, ingenuous wall paintings of Dalarna farmhouses and the pale distressed colours of eighteenth-century manor houses is echoed in the juxtaposition of the rich claret red of the traditional wooden exteriors and the delicately decorated, light-suffused interiors.

The authors, Ursula and Lars Sjoberg, trace the development of the quintessential Swedish style from its antecedents in the seventeenth century through its heyday in the late eighteenth and early nineteenth centuries to its followers today. With glorious photographs by Ingalill Snitt, The Swedish Room is both a source of original, practical decorating ideas and an irresistible voyage of discovery through some of the world's most appealing interiors.

Ingalill Snitt specializes in architecture and interior design photography, and also directs television commercials. Her books of photography include Splendore di Sicilia, Swedish – Light, Shape, Architecture, Living in Norway and two with Lars Sjoberg: The Swedish Room and The Swedish House. Her work is regularly featured in magazines including Elle, Marie Claire, Architectural Digest and The World of Interiors.

Lars Sjöberg had a 36-year career at the National Museum in Sweden, and for many of those years he was Senior Curator in the Department of the Royal Castles Collections. During that time he worked on the exhibitions Empire Style, Thought and Form in Rococo and The Sun and the Polar Star (Stockholm and Paris). Since 1990 he has been a consultant on reproduction 18th-century furniture for the National Board of Antiquities and IKEA. He is the author of over fifteen books, including The Swedish Room.

Ursula Sjöberg, who is married to Lars Sjöberg, is a writer and an art historian who specializes in Swedish architecture and interior design of the late eighteenth- and early nineteenth-centuries. She is a curator of fine art at Bukowski's auction house in Stockholm.