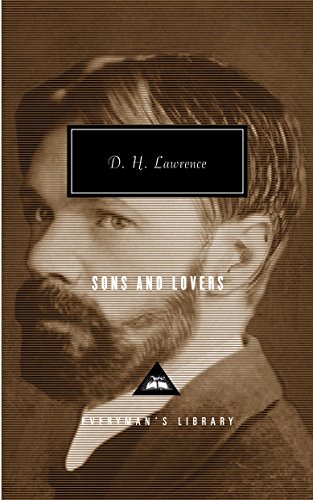 The struggle for power at the heart of a family in conflict, the mysteries of sexual initiation, and the pain of irretrievable loss are the universal motifs with which D. H. Lawrence fashions one of the world's most original autobiographical novels.

Gertrude Morel is a refined woman who married beneath her and has come to loathe her brutal, working-class husband. She focuses her passion instead on her two sons, who return her love and despise their father. Trouble begins when Paul Morel, a budding artist, falls in love with a young woman who seems capable of rivaling his mother for possession of his soul. In the ensuing battle, he finds his path to adulthood tragically impeded by the enduring power of his mother's grasp. Published on the eve of World War I, SONS AND LOVERS confirmed Lawrence's genius and inaugurated the controversy over his explicit writing about sexuality and human relationships that would follow him to the end of his career.

The Modern Library of the World's Best Books

"No other writer with his imaginative standing has in our time written books that are so open to life." -- Alfred Kazin "There is no novel in english literature which comes so close to the skin of life of working class people, for it records their feelings in their own terms." -- V. S. Pritchett Book Description:

Set in 1900s, this is a lushly descriptive and highly autobiographical portrayal of a young man growing up in class-divided Nottingham