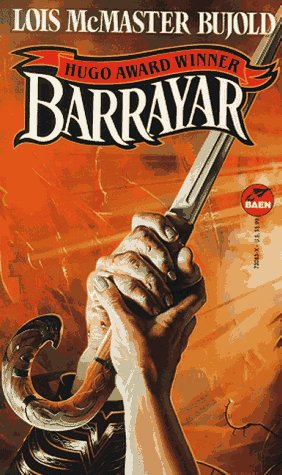 Believing her warship days are over after she defeats the Barrayaran militarists and marries their leader, former commander Cordelia Naismith is astounded by the role her unborn son will play in a world on the brink of civil war. Reprint. Winner of the Hugo Award.

Anarchy threatens Barrayar when the emperor dies leaving his five-year-old son as heir, and only one man, Aral Vorkosigan, and his extraordinary wife, Cordelia Naismith, can keep the empire united.