Items related to It's Always Something

Radner, Gilda It's Always Something 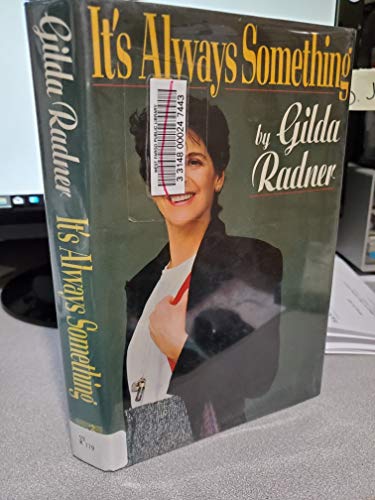 The celebrated comedienne discusses the "Saturday Night Live" years and her movie roles, her marriage to Gene Wilder, her battle against ovarian cancer, and her involvement with the Wellness Community, a cancer-patient support group

"Death be not proud: the book remains a victorious volume." -- Detroit Free Press

"Gilda mined her humor from everyday life, and what resulted really was something." -- The San Diego Union-Tribune

Gilda Radner was born and raised in Detroit, began her acting career with Chicago's Second City comedy improvisational group. Coming to New York dur- ing the early 1970s, she worked in several "National Lampoon" productions with John Belushi. In 1975, Ms. Radner was chosen as one of the original Not Ready for Primetime Players on television's "Saturday Night Live," where she was featured from 1975-1980. Subsequently, she appeared in the Broadway production of "Gilda Live! "and several comedy films including" Hanky Panky," where she met her" "husband, Gene Wilder.

5. It's Always Something Radner, Gilda

7. It's Always Something Radner, Gilda