Items related to The Piranhas: A Novel

Robbins, Harold The Piranhas: A Novel

The Piranhas: A Novel 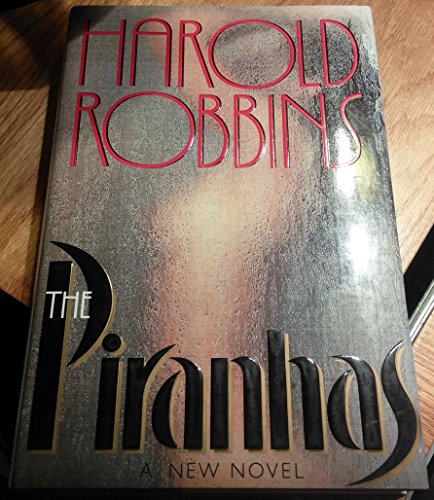 This novel navigates through the underworld of high finance--uncovering Mafia money, corporate greed, sex, and a circle of people who live by their own rules

Book Description Simon & Schuster, U.S.A., 1991. Hardcover. Condition: New. Dust Jacket Condition: New. 1st Edition. Pristine. First Edition-First Printing with full number line.Clipped DJ.Synopsis: An electrifying tale of the modern-day Mafia and one man's struggle to swim against the tide. About the Author: Born in New York in 1916, Harold Robbins grew up during the Depression. He left school at fifteen-and-a-half to go to work, and by the time he was twenty-one had made his first fortune and lost it. When he was thirty, Harold Robbins began to write. NEVER LOVE A STRANGER became an immediate bestseller. He then became the world's bestselling writer, many of his novels were filmed, and his books translated into almost every language. He died in 1998. Seller Inventory # 003513

5. The Piranhas: A Novel Robbins, Harold

Book Description Condition: New. This novel navigates through the underworld of high finance uncovering Mafia money, corporate greed, sex, and a circle of people who live by their own rules. Seller Inventory # 9780671524791