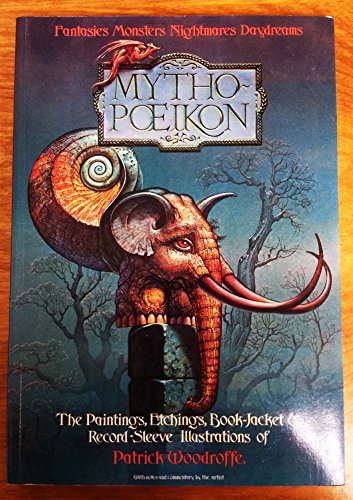 A collection of Patrick's early imagery, mostly science-fiction and record-sleeves, with explanatory texts. Roger Dean, a well-known artist with a fairly similar style, was collaborating at the time with Hubert Schaafsma, their first aim being to set themselves up as a publishing company and to produce Roger's first book "Visions". Roger telephoned Patrick shortly after that, suggesting the production of a similar book. The title attempts to join together the two words "mythopoeic" and "ikon". There was no agreement on the pronunciation, so you can say it however you like!