Items related to The Worst Witch 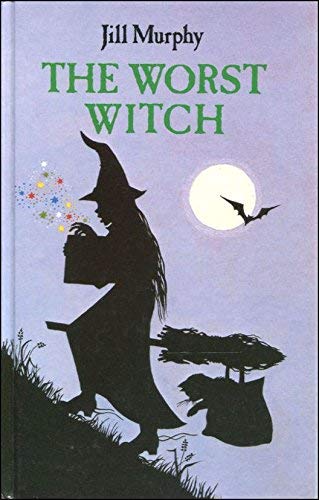 Mildred Hubble is a trainee witch at Miss Cackle's Academy and tends to make a mess of it. She can't master the art of riding a broomstick and her spells have a way of going disasterously wrong. Jill Murphy studied at Camberwell Art School and is also the author of "Peace at Last" and "Five Minutes Peace". The "Worst Witch" stories reached a large new audience through the 1986 screening of a Hallowe'en film starring Diana Rigg and Tim Curry.

This is a delightful adaptation with a cast full of personality and an empowering message for CBBC audiences, which tells us you can save the world, even if you trip over your shoelaces while doing it. (Anna Leszkiewicz New Statesman)

Jill Murphy was born in London in 1949. From a very early age she was drawing and writing stories, and was already putting books together (literally, with a stapler) by the time she was six. She went on to study at Chelsea, Croydon and Camberwell Schools of Art. Jill worked in a children's home for four years and as a nanny for a year, before becoming a freelance writer and illustrator. The Worst Witch stories are some of Puffin's most successful titles.