Items related to Journey Without Maps 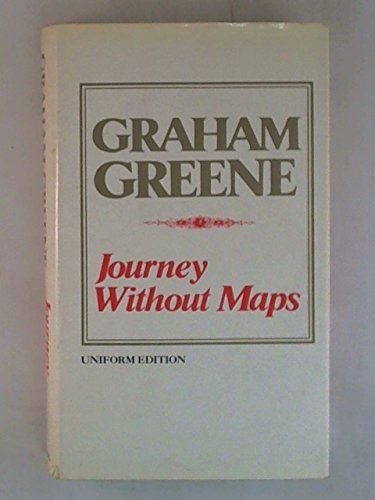 White men were not particularly welcome in Liberia when Graham Greene made it the object of his first journey outside Europe. Drawn by the evident seediness of a republic founded for released slaves and, above all, by the darkness and mystery which Africa has represented for some people in their unconscious minds, he travelled with a chain of porters from the border of Sierra Leone across the headwaters of several rivers and down to the coast at Grand Bassa.

"One of the best travel books this century." - "Independent" ""Journey Without Maps" and "The Lawless Roads" reveal Greene's ravening spiritual hunger, a desperate need to touch rock bottom both within the self and in the humanly created world." - "Times Higher Education Supplement" "From the Trade Paperback edition."

WITH A NEW INTRODUCTION BY PAUL THEROUX

Buy Used
Condition: Very Good
Pages are intact and are not marred... Learn more about this copy

Book Description Viking, 1983. Hardcover. Condition: VERY GOOD. Pages are intact and are not marred by notes or highlighting, but may contain a neat previous owner name. The spine remains undamaged. Supplemental materials are not guaranteed with any used book purchases. Seller Inventory # 067040974X_abe_vg

Book Description Viking Adult, 1983. Condition: Good. A+ Customer service! Satisfaction Guaranteed! Book is in Used-Good condition. Pages and cover are clean and intact. Used items may not include supplementary materials such as CDs or access codes. May show signs of minor shelf wear and contain limited notes and highlighting. Seller Inventory # 067040974X-2-4